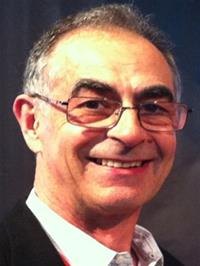 Richard Tebboth was born and brought up on the Essex edge of London – with a Welsh grandmother living nearby.  He was educated at Sir George Monoux Grammar School, Walthamstow, and Christ’s College, Cambridge.  After professional social work training he entered the Probation Service, working as practitioner and manager in South Yorkshire, Buckinghamshire and the West Midlands.  In 1997, he joined the Social Services Inspectorate for Wales, becoming Deputy Chief Inspector and Acting Chief Inspector.  He transferred into the senior civil service, in the Welsh Government’s Department for Public Service Improvement, until retirement in 2010.

Richard lives in Llandaff, where he is Secretary of his local Residents’ Association.  He was appointed as an Independent Member of the Standards and Ethics Committee in September 2011 and was appointed Chair on 21 October 2014.