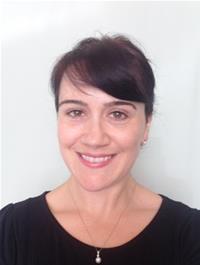 Hollie Edwards-Davies was brought up in Rhyl, North Wales and has lived in Riverside, Cardiff for 12 years. She studied for a LLB honours degree in Law with Legal Studies in Europe at the University of Reading, including a year in Germany at Universität Trier. She subsequently completed a degree in Applied Accounting by distance learning with Oxford Brookes University and continued her studies to become a member of the Association of Chartered Certified Accountants (ACCA) in 2010. Hollie served as Chair of the ACCA South Wales Members Network Panel between 2013 and 2015, and is still an active member of the network. Following a variety of roles in the private sector and some voluntary work, Hollie worked at the Welsh Government for ten years and departed in 2015 to pursue a career change. She joined the Standards and Ethics Committee in July 2014; stepped down in November 2017 and resumed her position in June 2018 following maternity absence.  Hollie was elected as Vice-Chair in September 2019 and became the Chair on 1st November 2021.